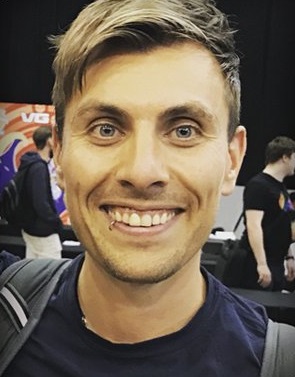 Lee “Osirus” Provost is a British VGC player and caster. Lee started playing competitively in 2010 and since then, he have earned 6 World Championship invites with Washington DC (2014) being his best international performance at Worlds so far.

Nationals were a well-known scenario for him obtaining some notable results above all in his home country where he could obtain two TOP 4 in 2010 and 2013 respectively.

In 2018, Lee reached his first regional finals at Sheffield losing against Michelle Gavelli.

Lee combines his VGC carreer as a player and since 2017 his caster appearances at major tournaments. He is also a content creator in Youtube and Twitch.