Paul “ralfdude90” Ruiz is an Ecuatorian VGC player and the 2018 Masters Division World Champion. He’s one of the best players in LATAM recent history and is the only Latin-American World Champion.

His VGC carreer began in 2015 when he attended the Colombia Regional. Since then, his popularity and achievements have been growing up.

During his interview at 2018 Worlds post-finals he said:

"This is for Ecuador, this is for LATAM and... the dream was real!" 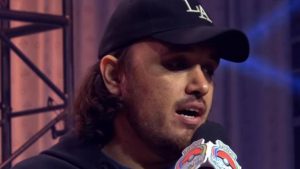