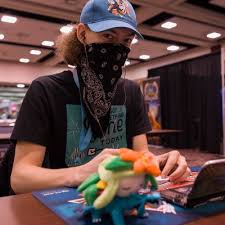 His VGC carreer has been growing up since 2014 when he qualified for the Pokémon World Championships for the first time. Although, that year was specially good for him (due to his achievements at WCS and some regionals of VGC 2014), the gap between 2017-2019 has been extremely glorious for the american player.

During 2017 he was able to become the first LATAM International Champion and he finalized his VGC 2017 season with a TOP 32 (19th place) in Anaheim. The next metagame, 2018, he would repeat the same position in Nashville.