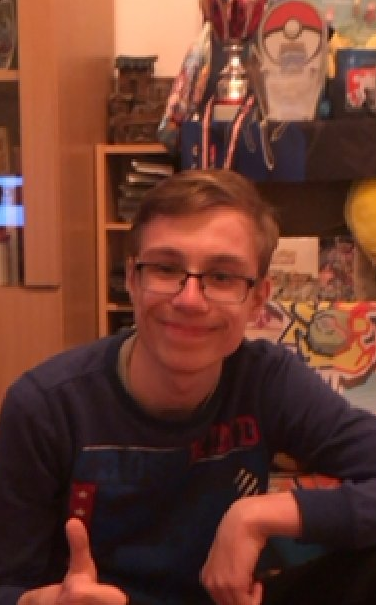 David “Hamstermania” Koutesh is a Czech VGC player. He started playing Pokémon as senior in 2015 and immediately had some great results such as a 12-0 result in nationals. He finished his first season showing his huge potential for the following years, with a TOP 8 in 2015 WCS.

In 2016, although he really didn’t like the meta, he went to Italy nationals and got his second worlds invite. David was average from that point on, however in 2017, he was victim of infamous 6-1 bubble, at one of UK regionals he placed 9th with that record, neverthless qualified for worlds that year.

From Prague Special on, David has apparently stepped up his game and started getting good results again, most notable being 7-0 at Worlds 2018 Day 1 with his hyper agressive Blazesharp combo.

In a similar way during 2019 and 2022, David managed to obtained huge international results. In VGC 2019, he got a Day 2 invite and finished that same year among the 32 best players in the world. That result would be improved a season later at London WCS where with a 6-1 record he advanced to the Top Cut (with an uncommon core including Dialga and Yveltal) and came home with an 11th place.

Czech Republic is a difficult country to play competitively due to its legal restrictions that don’t allow organize PCs or MSSs. In this way, if one Czech player wanted CP from these, he would have to go abroad, a huge problem regarding Worlds race that affects directly Koutesh.