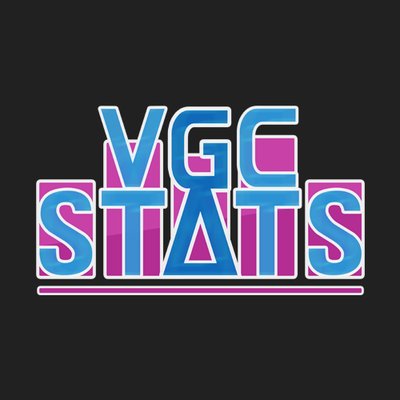 VGC Stats is a international website focused on the statistics about every single competitive Pokémon tournament in the world. It was born on January 2018 by Zach Carlson (@profshoomish) and @bul_ikana (the head developer of the website and only other major part of VGCstats staff) and since then, it has increased its popularity to near to 15.5k followers on Twitter.

The 30th September 2018 VGC Stats included a new section called “Articles” where nowadays has 7 team reports and 1 post about PC statistics and attendance in September 2018.

It is also known for its infographics about the major events along the season and the evolution of the metagame (for example this one from Philadelphia’s regional).

Therefore, since days after the release of Pokémon Sword and Shield, VGC Stats has covered a non-official tournament called Galar Weekly compiling and providing its results and stats.

You can support the page through Patreon in order to help the creators.

VGCstats is an unprecedented example of a Pokémon page (non affiliatted with TPCI) that is able to show one of the biggest quantity of information possible about Pokémon, tournaments and players since the competitive videogame scene was created. Thanks to this website, we have lots of information within your grasp.