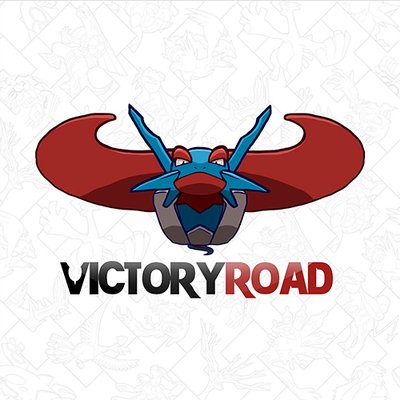 Since 2016, the competitive site started to create content in Spanish and became known thanks to the tournament ‘Road to San Francisco 2016’.

In 2017, Victory Road arranged more than 200 players in 9 different events around the Spanish area in the ‘VictoryRoad Circuit 2017’

However, during June 2018, VictoryRoad had to be started from zero due to domain issues. After a few weeks of donations, the staff was able to create another website and begin a new history. From that moment on, VictoryRoad hasn’t stopped creating content. Indeed, VR has revived an iconic competition such as the Dialga Cups and nowadays, you can also read VictoryRoad’s articles in English.

The competitions are one of the main keys of the VR success. ‘Victory Road Circuit’ in collaboration with OGseries, distributed more than 2000$ in prizes on different cities in Spain along the VGC 2017 season. The competition was streamed in Twitch and, even today, it is extremely appreciated by the Spanish community.

Dialga Cups, were made for players to obtain prize money and travel awards to achieve the official events. Although the first ones were played in 2016 and 2017, during 2018, VictoryRoad has hosted 3 Dialga Cups, 1 Last Chance Qualifier and 1 Invitational (all of them Sun Series events) with more than 600$ distributed.

Since the reborn, they have given importance to the cooperative competitions such as: the newly Dugtrio Challenge, the 3rd edition of CCAA tournament or the HPL.

Therefore, VR has innovated the competitive scene with an original tournament about Pokémon Let’s Go and other fancy proyects, reports or even tools that have tried to support the player.

Over the last years, they have streamed several European Special Events and Regional Championships and explore new types of non-official tournaments such as the World Championship Invitational in which World Champions from 2010-19 competed to be the very best. It was covered worldwide through more than 12 Twitch channels from 9 different languages.

In summary, VR has contributed hugely to the competitive scene and the community along the last 4 years and, presumably, its contributions will continue during the next years.