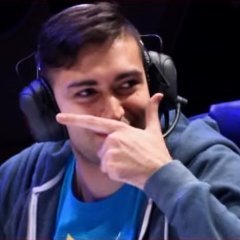 Flavio “Pado” del Pidio is an Italian player and the 2019 Europe International Champion. He started playing in December 2014 after discovering VGC thanks to 2014 Washington D.C World Championships. Although Flavio competed in several tournaments along these last years, his most significant results have been achieved during VGC 2018 and VGC 2019.

2020 and 2022 was a blast in terms of results in Flavio’s career. Along this season, several top cut finishes expanded his track record being the victory at Milan Special Event the most prominent one. His performance in his home country was a precursor of what Flavio would bring to the London WCS. 5 victories and 2 rounds of the Top Cut bracket later, Flavio lost against who would be the new Pokémon world champion (Eduardo Cunha). Pado obtained a 14th place, his best result at Worlds so far.

He was interviewed by TrainerTower and, in the same website, Del Pidio shared his team and warstory from the 2019 EUIC.

in each single Pokémon World Championship Masters Division Top Cut there has been either a Japanese or a US player?