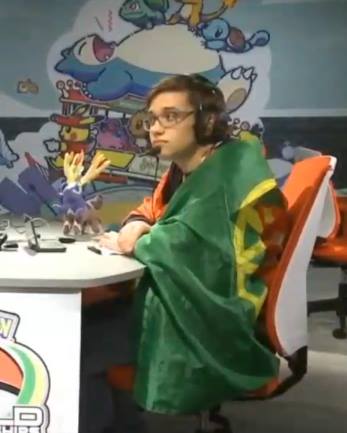 Eduardo “EmbC” Cunha is a Portuguese player and the 2022 Pokémon World Champion.

His start in VGC goes back to 2013 among NuggetBridge and Smogon forums. However it was not until 2016 when his career as a VG player took off.

After an unnoticed season his first chance came in August 2016: San Francisco. His run was astonished. Not only did he went through Day 2 undefeated with a 6-0 record, but also he reached semifinals.

The following three seasons, Cunha stepped up in his international showups being common seeing him in Top Cuts from Regional, Special Events and International Championships, proof of which is his first place in Madrid and his victory in 2019, Melbourne (undefeated).

Eduardo and Worlds is an open-ended story. Two Top 64 (in 2017 from D1) a Top 16 in 2019 and most importantly, the 2022 Pokémon WCS trophy after defeating 2-1 Guillermo Castilla in finals. His victory in London 2022 is historic for two reasons. Firstly, Eduardo Cunha became the first European Champion since Arash Ommati in 2013 and the first Portuguese player in winning a World Championship. Secondly, he is the only player in the world alongside Ray Rizzo (2012) that brings home the trophy undefeated in sets.

You can learn more about Eduardo in this Nimbasa City Post’s article.